Brioche French Toast with an Almond butter drizzle. You can tell it’s going to be good right? The brioche is battered using a secret ingredient to get the fluffiest french toast ever topped with a maple almond butter drizzle. Great twist on a familiar and beloved breakfast dish.

The most popular recipe on my website to date is this Sourdough French Toast. The french toast recipe is adapted from Allrecipes.com, has gotten rave reviews there, and has translated itself very well to tangy sourdough bread. I don’t think I’ll try another French Toast batter recipe! This perfectly captures the griddled exterior and custardy interior you want in french toast. Diner style food at its best, right at home.

This time, I found myself with brioche bread. This is a more traditional bread that’s used with french toast, and it works perfectly with it.

What is brioche bread?

It’s an enriched bread- meaning it’s made with a high proportion of eggs and butter. It’s sweet, puffy and light. A completely indulgent and decadent bread! I’ll post my homemade version of it soon (made incredibly easy in this book, but for this recipe, I used store bought.

The secret ingredient in your french toast:

Flour! It keeps the batter light and coats the bread perfectly so it cooks evenly. You whisk flour with milk, eggs, cinnamon, vanilla extract, sugar and a pinch of salt, and use this batter to coat your bread slices.

I like to dunk the bread for a good 5-10 seconds a side to make sure it’s completely saturated.

Sounds fancy, but it just comes down to combining some almond butter with a touch of maple syrup and a sprinkle of sea salt. You can top your french toast with this alone, or combine this with extra maple syrup on top. I love berries with french toast, and they works very well with the almond butter.

Extra french toast will keep in the fridge tightly covered for 1-2 days, but I love making extra and freezing it. This freezes really well, individually wrapped and in an airtight bag. When you want to reheat them, you can either microwave, bake at a 190C (375 F) oven for 8-10 minutes, or my favorite way, just toast the frozen bread in a toaster. 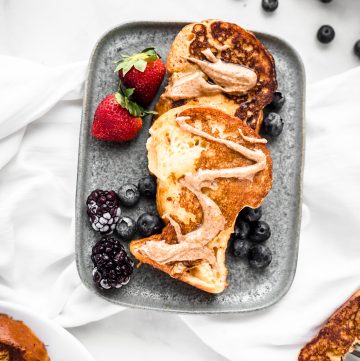 For the french toast:

For the almond butter drizzle:

For the french toast:

For the almond butter drizzle: 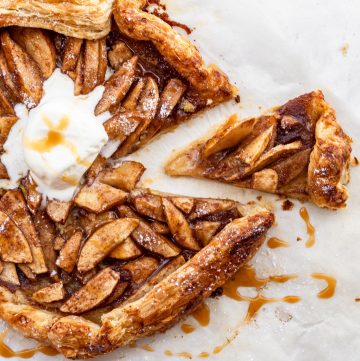 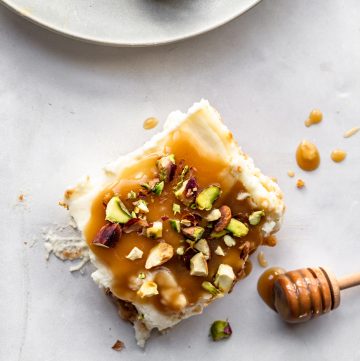 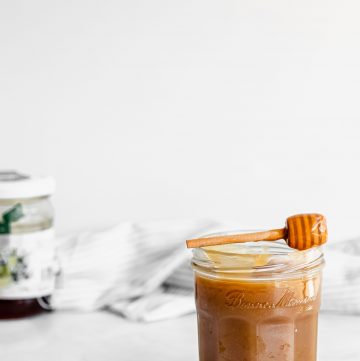 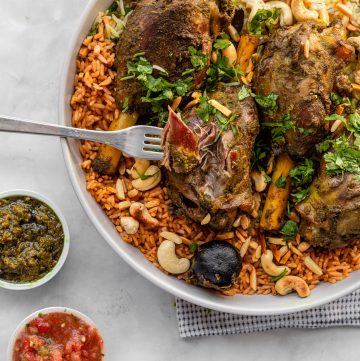 @ashasbahrain is apparently an institution in Bahr

Happy Turkey day!! This entire Turkey and SO many

AMAZING. I’m absolutely addicted. I went to the

Comfort stew at its finest, does anyone else remem

It was such a pleasure shooting for @trio_rest_caf