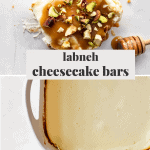 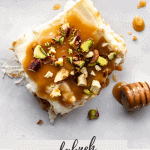 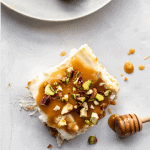 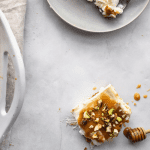 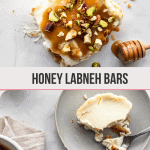 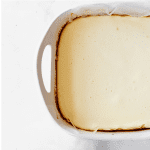 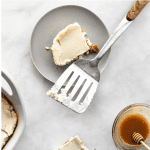 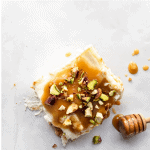 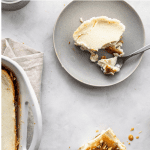 Creamy tangy labneh cheesecake bars are made with labneh and Greek yogurt, and optionally served with a delicious and easy honey caramel sauce. This dessert is a showstopper and comes together so easily!

Labneh is yogurt that’s been strained to remove most of the moisture and whey. This gives a thicker, creamier consistency, more like a soft cheese than yogurt. That’s why it makes for such a great cream cheese replacement in cheesecake!

Why make cheesecake with labneh?

Labneh is creamy and smooth. It’s much like cream cheese, but with more of a tangy flavor. This makes it a great substitute for cream cheese.

Some people find labneh an easier to digest dairy product then cheese, especially when it’s made from goats or sheeps milk. My mom is one of them! She doesn’t tolerate regular cheese well, so this labneh cheesecake is right up her ally!

Why make cheesecake into bars?

It’s so much easier! You don’t have to worry about the cheesecake cracking, or a water bath or any of that stuff. Making it into bars will eliminate any cracks.

It’s a more manageable dessert size- about half the amount of ingredients that you’d use in a traditional 9 inch springform cheesecake. Good for portion control!

It’s also more portable. Once chilled, you can cut these into nice little bars and take with you on the go.

What ingredients do I need to make labneh cheesecake bars?

For the crust: you need biscuit crumbs, melted butter and a hint of cinnamon powder.

You can use graham cracker crumbs or digestive biscuit crumbs (more common in the UK- I love these!). You can even use wafers or lotus crackers, anything you like really.

For the filling: labneh, sugar, milk, room temperature eggs, Greek yogurt (or sour cream), vanilla extract and a little flour. Flour helps make the cheesecake fluffy and light, but make sure it incorporates well into the batter and is lump free (you might want to sift it in).

How to make a honey caramel sauce to top labneh cheesecake with:

The sauce is a revelation! I have a whole post on it here: It’s a caramel sauce made without any sugar, just honey that’s caramelized and cooks with butter and heavy cream.

It pairs so nicely with the cheesecake bars, especially because the labneh is a little tangy so the added sweetness from the sauce really makes it cohesive.

I included instructions for the optional honey sauce in the recipe card below. Honey cheesecake is something everyone needs to try at least once. Delicious!

Process of making the cheesecake:

You can make the cheesecake with a few simple steps.

First, you need to prepare the crust. To make your biscuits into crumbs, you can process them in a food processor until fine crumbs form. What I usually do though, so there’s less washing up is to just put the biscuits in a large ziploc bag, and smash them with a rolling pin. Cathartic! And easy.

The crust is pressed into a prepared pan (lightly greased) and baked at 350F (180C) for 8-10 minutes or until the crust starts to smell fragrant. Remove from the oven and let it cool a little while you make the batter.

Make the cheesecake batter: The key is to have all your ingredients at room temperature. The labneh, Greek yogurt, milk, and eggs should all be room temperature so they incorporate easily with each other.

The labneh is first creamed with the sugar until light and fluffy and sugar dissolves. Next, the milk is added then the eggs one at a time. Once the eggs are added, don’t beat too much so you don’t risk getting cracks in the cheesecake. Granted, it’s hard for cheesecake bars to crack, but don’t over mix just in case.

Next, the Greek yogurt is added (or sour cream), along with the vanilla and flour. Fold the batter a couple times with a spatula after everything is mixed up just to make sure you get any remaining flour patches.

Pour the filling into the prepared crust and bake for 35-40 minutes. Once baked, let the cheesecake cool at room temperature for at least 30 minutes before it goes into the fridge for 4 hours or overnight to chill completely. Enjoy cold, plain or with toppings of your choice.

How do I know when my cheesecake is done baking?

The edges will be set and a little puffy but the very center will still be a little jiggly if you shake the pan. Not liquid, just set and maybe a little glossy still but with a good wiggle. Then you know your cheesecake is done because it will continue to set as it cools!

How to store leftover cheesecake:

Leftover cheesecake can be stored for up to 5 days in the fridge, or up to 1 month tightly covered in the freezer. Individual slices will thaw really quickly in the fridge! 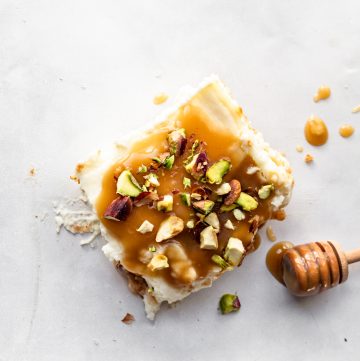 Labneh Cheesecake by everylittlecrumb on Jumprope. 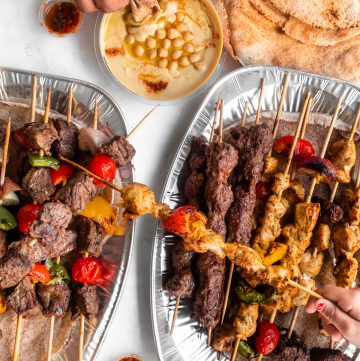 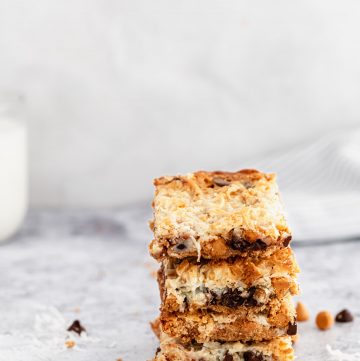 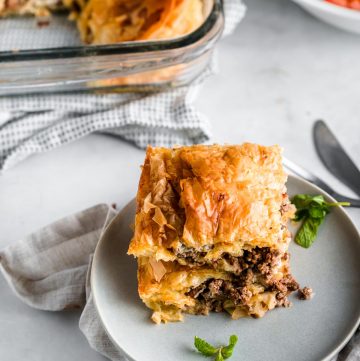 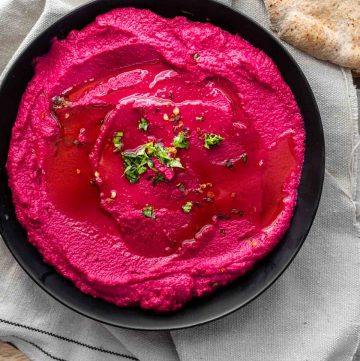 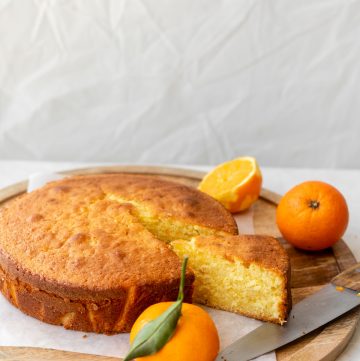 Just posted the recipe for the chicken and lamb sk

Taco Tuesday 🌮! We drove a good 30 minutes to v

Magic bars. Addictive! And so easy to make- a dige

I know that the weekend is over, but you can keep

We celebrated my husbands birthday with lots of tr

Definitely one of my favorite ways to start the da