Some days, you just need chocolate. And there’s few ways to get a better chocolate fix than with brownies. Even more ultimate is a giant baked brownie skillet.

Of course, the queen of desserts, Sally of Sally’s Baking Addiction never steers me wrong. This deeply chocolatey and ultra fudgey brownie skillet won accolades from everyone lucky enough to try it. Easy one pot, mixer free recipe that comes together in a flash. Make sure not to overbake it because you want the middle to stay soft and gooey. 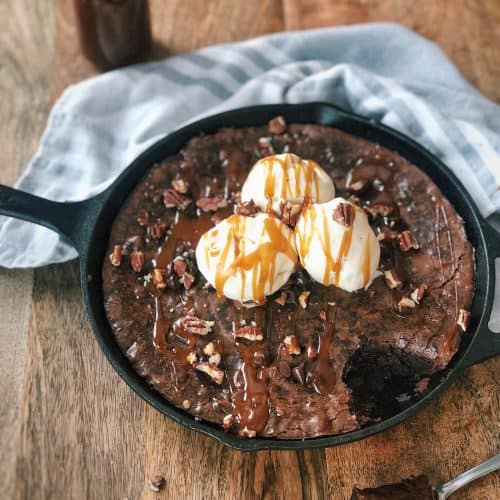